“IT´S AN HONOR FOR ME TO BE FRANCISCO”: CARLOS TORRES 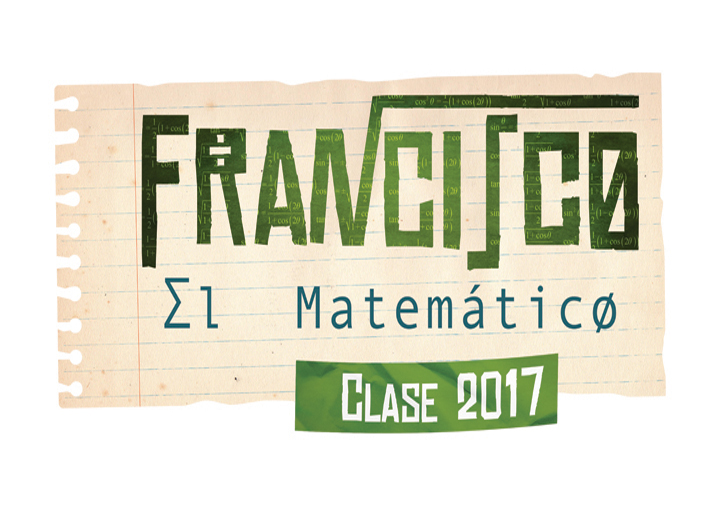 Born in Barranquilla 28 years ago and a well-known actor for more than a decade, Carlos Torres took the responsibility of embodying the new 'Francisco el Matemático´. His experience as both, a main and a supporting actor, in productions that have left a footprint in the memory of the Colombian audiences, credit him as a complete artist.

As soon as he graduated from high school, Carlos Torres dared to leave his hometown to look for his acting opportunity in Bogotá. Since then, he has participated in outstanding projects such as 'Sala de Urgencias´, 'Floricienta', ´Pobres Rico´, ´Secretos del Paraiso´, 'Las Santísimas' and ´Azucar'. Now, he plays the role of the young professor Francisco Quintana, the center of a story that shows the real dramas of the kids studying at a city public school and their families.

Francisco Quintana is an educator born in a middle-high class family, but has always been a warrior, a leader of ideological proposals. He got his Bachelor´s Degree in Mathematics at the District University.

After a long time studying abroad and some work experience with inmates in a prison, he wanted to teach in a school seeking to approach the youth; after he decided that his stage with inmates resocialization processes had come to an end, Francisco wanted to go to the classrooms, but he never imagined all the complications he would run into, product of the “Model 2017” kids.

HAPPY TO BE PLAYING FRANCISCO

How was it for you to meet the character of Francisco Quintana?

I am very proud of it. Everyone knows that this was a very successful production many years ago and now there´s this huge responsibility that I´m honored to have. I´m happy! He is a very beautiful character, a youthful character, a character that has the idea of reaching the audience´s heart; I hope I can do it.

What expectations do you have with this production?

All kinds! It´s been a long time since there has been project like this, aimed at the teenagers and I think the risks taken and the decisions made are very important: not to forget the younger generations, taking up again a project that was a success and is really remembered by the Colombian audience; hopefully they will welcome us just as well as Francico´s first time.

Adapting to what the character is, studying him, becoming him, was it difficult or easy?

We have the advantage of having a great director, I have to say that. Well, both of them are great directors: Consuelo Gonzalez and Herney Luna. We created this character hand by hand, because he is a young man, he is my age, he is an open minded man; he is updated with the present time. He is a very cheerful teacher, very positive, an idealist and I think that all those bases and all those qualities, which we created hand in hand with director Herney Luna, were very easy to achieve. I feel that the character is very cool, he has very positive qualities and I feel happy, I think he has done a great job.

How has it been working with the rest of the cast?

I already knew some of them, I had already met them in different productions. Ana María Aguilera, who was part of 'Francisco El Matemático 1', is working in this production as well; I already knew her, I had already had the opportunity to work with her and I am happy that we´ll be working together again. I already knew Margarita Reyes, who is also part of the cast. There is a group that I just met, but we have gotten along really well.

How similar is Carlos Torres to Francisco Quintana?

I am a family person and Francisco is rather a very independent person, so we´re not alike in this aspect. Let's just say that I like learning more than teaching (laughs), so we´re not alike on that either, because Francisco is a person who dedicated his whole life to young kids, to teaching, that is his passion. I would say that the only thing that we have in common is that we´re positive people: I am a positive person; Francisco tries to see the good side of everything and I do the same, I think that every problem has a solution.

It's the first time we see Carlos Torres with a beard in a production, what have you been told about that change?

(Laughter). Yes, they have said a lot to me about it. The look change was drastic, let's say that it´s a look that people had never seen in my characters, but hey, that's the idea. I usually change a little with the characters, as long as I can, and with this character we had the freedom to have a beard and wear my hair a little bit long, to give him that relaxed look that characterizes the Francisco, a little bit of a hippie you could say, which goes hand in hand with his way of thinking and his way of living.

You are now in the role of a teacher. In real life, was Carlos Torres a good student?

Yes, I was a good student, but I have to confess that I wasn´t very good at math. I am learning now what I didn´t learn in school (laughs).

What were your favorite classes?

I was good at recess, although it wasn´t a class, but I did really well in recess (laughs). I liked Physical Education and Social Studies. I also liked Chemistry at lot, because they took us out of the room, they would take us to the lab and it was more fun.

Were you well behaved?

I was as well behaved until the eighth grade. After the ninth grade, tenth grade ... Look, what a coincidence! The main class here is the ninth grade. I think in the ninth grade you start to deviate a little bit, because you begin to enter that age when you only think about hanging out with friends, in what is trending, dating and you move away a little bit from studying. But let's say that I was a good student in general, I never failed a year, I was never one of those kids who had to recover a grade after the end of the year.

What do you take from 'Francisco El Matemático'?

I take a lot of friends, I would say. In the part of experience, of knowledge, of both professional and personal growth, because whenever you start a project and meet new people, you take a lot of things you learn. Having the opportunity to meet Consuelo, I had not had the opportunity to work with her before, taught me a lot, both professionally and personally. But if we talk about something long term, what is certain is that I have many new friends.