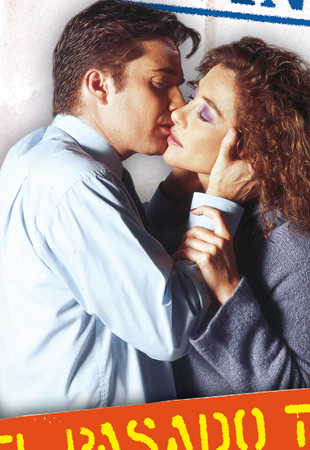 Federico Lopez (Nicolas Montero) has always tried to lead a life by the book, following rules and standards. Nevertheless, when the dean in his college made it his goal preventing Federico from ever graduating, act of revenge towards him for having reported the professor’s irregular behaviors, Federico decided to purchase his lawyer license. This was his first mistake. Years later, the man who forged his license started blackmailing him with threats, which could mean the jeopardizing of a large contract for the company Federico worked for. Federico was in this way forced to tell Rubén Castro (Alvaro Ruiz), owner of the company, the whole story. Fortunately, Mr. Castro volunteered to help him solve this problem. What Federico ignored was that Ruben was not the prestigious entrepreneur he thought, but a powerful drug dealer, who solved the problem by killing the blackmailer, instead of paying him the money he was asking for. By the time Federico found out, it was too late and Ruben’s “favor” was already done. This situation placed Federico once again at the mercy of blackmail, this time Ruben’s. Fortunately Ruben accepted Federico’s resignation and him moving to a different city. A few years later, having heard the news of Ruben’s death, Federico decides to come back to Bogota and accept a prestigious job at the DIAN (Internal Revenue Service of Colombia), government institution that he had been working in Barranquilla. Here he meets Alejandra Leon (Marcela Carvajal) his new boss and the woman who he falls in love with. Alejandra has just returned from the United States heartbroken after having caught her life long boyfriend Diego cheating on her. She decides to start brand new and accepts the job she is being offered by her friend Sandra, as the Special Unit Agent at the DIAN. Alejandra thinks that she can find in Federico the opportunity to love again, without knowing that he is to live the tragic experience of blackmail this time by Nelson Castro (Ramiro Meneses), Ruben’s son. Nelson is asking for payment on the favor, which his father one day did for him. Federico is once again forced to betray his principles and work for Nelson. Against his will, he becomes Nelson and “El Negro’s” informant and with this guarantees the Alejandra’s life. The Informant tells the story of Federico, a man trapped into working both for God and the Devil… he only has once choice to get his life back, to ask for Alejandra’s forgiveness and another chance: telling the truth, accepting that he made a terrible mistake in purchasing a lawyer license and not imagining the consequences of this act. For love, Federico is willing to risk it all, to tell the truth, what ever it takes.