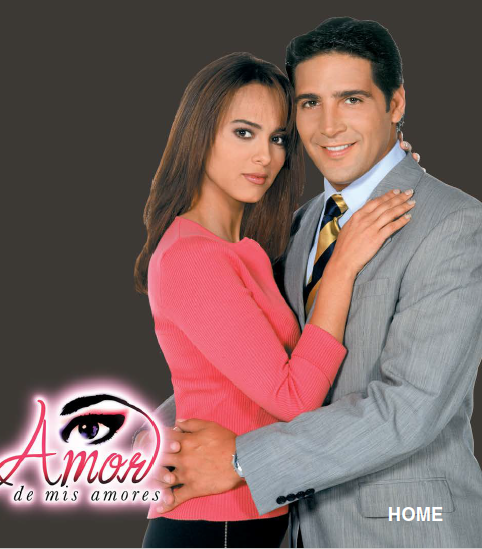 LOVE CAN DO IT ALL
The persecuted love between a young saleswoman and her boss, a handsome
executive…

When Lucía Garzón lost her loved one in her home town, she thought that her whole life had ended. How wrong she was! Lucía traveled to the capital city, together with her family, with the sole illusion of starting a new life, to work and be able to offer her parents and sisters economic stability. She never imagined that, seeking that job of her dreams, she would meet the person who would be the love of her life: Nicolás Santoyo, a young executive, manager of cosmetics company Colombell, with whom she would begin a romance that would be as intense as it would be persecuted.

Nicolás and Lucía’s love is hindered by his former girlfriend, Andrea Villamarín, an unscrupulous woman who, when realizing that she had lost her boyfriend, had no qualms in using whatever arms were necessary, as long as she could recover him. Andrea’s tricks included everything from consulting with witches all the way to planning an abduction. Lucía, on the other hand, had to deal with the envy of her new coworkers, the injustices of her boss, Gertrudis, and the harassment of Lorenzo, a consultant for Colombell, who disguises himself as her great friend, but whose plan is to conquer her, no matter what.

Things would not be less difficult for Nicolás, who is in continuous conflict with his brothers, and would later discover that, when he was a baby, he had been abducted and delivered to his adoptive mother. It is then when he wants to find out everything about his origin, without ever imagining that a difficult circumstance of life would lead him to be close to his true family without knowing it.

In Love of my life, one is also the witness of family conflicts, childhood dreams, the drama of a person who suffers cancer, the quarrels between saleswomen, and autumnal love.